We are fully committed in making sure that our service is available throughout the COVID-19 pandemic. To ensure this is possible we have implemented several measures to protect the health and safety of all our patients and staff during the lockdown.

Minimum Pricing On Alcohol Looks To Be Working In Scotland 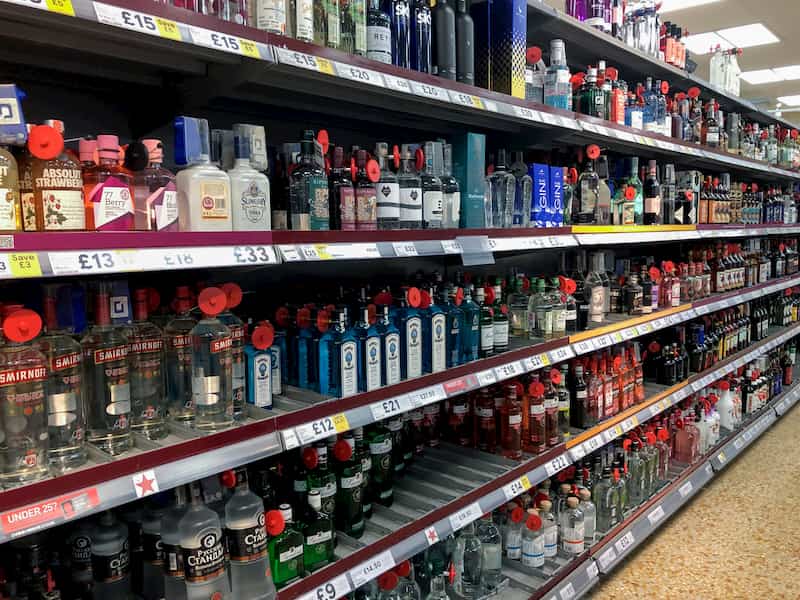 As far back as 2012, the Scottish Parliament approved legislation to increase the minimum price of alcohol per unit in Scotland. After a lengthy legal battle, the UK Supreme Court accepted the move. As of May 2018, the minimum price for a unit of alcohol was significantly increased to 50p. That price increase is believed to be having the desired effect.

In this article, we’re going to look at the positive difference that minimum pricing on alcohol has made in Scotland so far. We’ll discuss the effect it’s had, and why the change was needed in the first place.

Why Did Scotland Introduce Minimum Pricing?

Like much of the United Kingdom, Scotland has always had a complicated relationship with alcohol. Worrying, even more so than its British neighbours, Scotland has struggled to deal with the long-term and negative consequences of extensive alcohol abuse. The figures from extensive medical research don’t make for pretty reading.

Alcohol, and the excessive consumption of it has long been a problem in Scotland. As well as causing immediate damage to the user during heavy drinking sessions, there are less visible consequences of prolonged alcohol abuse. Over time, illness can spread to many major organs and the chances of developing diseases like cancer are significantly increased.Stretched NHS services, already understaffed and running low on resources, spend a significant percentage of its funding dealing with alcohol-related issues each year.

As well as having high numbers of drinkers categorised as alcoholics, Scotland also has a large population of drinkers that regularly binge drink. That binge drinking culture is incredibly dangerous. Criminal behaviour and medical emergencies are commonplace.

Much of this would occur among younger drinkers. Many of these drinkers, some of them even underage, would drink copious amounts of the cheapest alcohol available to them. Own-brand spirits and lethal white ciders were frighteningly cheap and easy to obtain. Despite a Government attempt to reduce the amount of alcohol being consumed (restricting purchasing hours, advertising campaigns) alcohol is still regularly abused by a significant percentage of people.

Though tackling the dangerous attitude to binge drinking in Scotland is something that will take many years to improve, restricting access to strong, cheap alcohol was deemed a good starting point. It would reduce the likelihood that ‘hazardous, immature’ drinkers would purchase cheap super-strength alcohol.

We said the figures didn’t make for pretty reading, and we weren’t wrong. In 2016 alone, there were more than 1,000 deaths due to alcohol abuse. These are the mortality rates where alcohol was confirmed as the underlying cause of death.

But there’s more – there are also numbers which detail the long-term effect that alcohol has on the health of people in Scotland in full. While it may not be obvious after one drink, rates of cancer, organ disease and other illnesses (which are known to be influenced by alcohol consumption) are significantly increased by long-term alcohol abuse. 1 in 15 deaths caused by these other illnesses during 2015 was a result of long-term alcohol abuse.

But the number of deaths caused by alcohol in Scotland doesn’t paint the full picture. There were more than 36,000 hospital stays in Scotland from 2016-2017 as a result of alcohol abuse. 93% of those stays came from emergency admissions.

In more than 40% of violent crime cases, the offender was believed to be under the influence of alcohol. That means that of all the crimes committed in Scotland, alcohol was present in nearly half of them. Young offenders backed that up: 60% of young offenders were drunk at the time of committing their crime.

Considering all of the wider costs, the harm caused by alcohol is believed to cost Scotland a staggering £3.6 billion a year.

What Did The Minimum Pricing Mean for Scottish Drinkers?

So the numbers weren’t good! Something had to be done, and the minimum pricing on alcohol was introduced. It was a first, small step, but it was expected to reduce the amount of alcohol that young, problematic drinkers would consume.

The minimum pricing increase did not affect bars and pubs: the prices of drinks served in these establishments were already considerably higher than the minimum unit price. Instead, the price of the cheapest strong drinks available to drinkers was increased.

It was reported that strong white cider and own-brand spirits were available to consumers for as little as 18p per unit. The 50p minimum price significantly increased the cost of those drinks while other regular drinks remained similar in price.

So What Difference Has It Made?

The good news is that the minimum pricing of alcohol in Scotland appears to have had a positive effect. The results from studies by the British Medical Journal found that the amount of alcohol purchased per week dropped. As expected, the targeted drinks like super-strength white ciders and own-brand spirits were also purchased less frequently.

1.2 units of alcohol (just over half a pint of beer) less were purchased per person per week throughout Scotland. The heaviest group of drinkers were the group that saw the biggest fall.

Nonetheless, the legislation has been regarded as a success, and the reduction in the number of units of alcohol consumed was greater than expected. So much so that it has led to calls for the legislation to be adopted throughout the United Kingdom.

Joe Fitzpatrick – the Scottish public health minister – described the findings as “very encouraging.” The minimum pricing of alcohol in Scotland has so far had a positive effect. After just one year, the results have indeed been a positive start, but much still needs to be done. Let’s hope that people in Scotland continue to change their approach to alcohol.