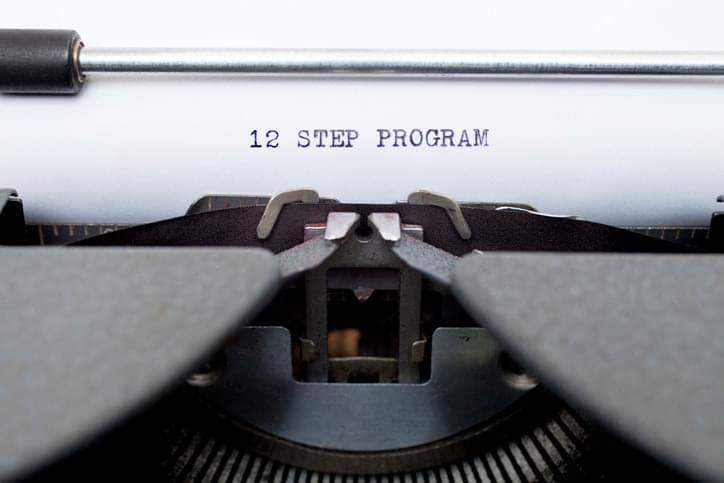 Those who have an addiction will have no doubt heard of 12-step programs, which have been around since the 1930s.

While the 12 steps were initially created for excessive drinking, first used by Alcoholics Anonymous, they have since been adapted to work for all sorts of addiction, and you’ll see them used in Narcotics Anonymous, Overeaters Anonymous, Emotions Anonymous and many more. In fact, there are dozens of 12-step groups that are designed to help people break free of their addictions, while also building a support network to stop them going back to old habits. We are often asked by new arrivals ‘what are the 12 steps?’, so we’ve put together a guide below.

The 12 steps of recovery

The 12 steps cover a range of important steps in the recovery process, such as identifying our defects of character and making a personal inventory. While the original 12 steps were written about those with an addiction to alcohol, the wording has changed very little over time.

The 12 steps of recovery are:

The 12 steps help you learn to cope with addiction, avoiding the things that trigger your addiction, so you can stay away from drink, drugs or your substance of choice. Tools such as prayer and meditation can help you stay on track, and many people find support groups to be particularly helpful, as it means you always feel there’s someone there for you.

Those who work through the 12 steps will see that their personality starts to change, which helps them overcome addiction in the long term. This is known as a spiritual awakening, and is seen as a turning point in the addict’s life, leading them towards a life as a productive, happy member of society.

Do you need to be religious to do the 12 steps?

Because the 12 steps often reference God, some people assume it’s a religious organisation. However, you don’t need to be religious to do the 12 steps. A higher power isn’t necessarily a traditional God, it can be anything that empowers you, and your group can help you follow the steps in a non-religious manner. There are also certain non-religious anonymous groups who remove references such as being ready to have God remove your defects of character, instead using more human-centred language.

Who created the 12 steps?

The 12 Steps were created by Bill Wilson, a stockbroker who worked on Wall Street and had great success, but lost his job due to his drinking. Despite going through treatment, he continued to drink, until he was invited to a group for alcoholics. This later became the blueprint for Alcoholics Anonymous. Wilson realised that having conscious contact with God was an important step in recovery, and he decided to carry this message by creating The Big Book, which is still used in AA meetings to this day. After helping to create AA, Wilson continued to take personal steps to overcome his addiction and stayed sober until his death in the 1970s.

Who uses the 12 steps today?

The 12 steps are used extensively today by many different organisations who work to help people with addictions. They can sometimes be used as a framework for therapy when you enter rehab, and you may pick up new skills such as using meditation to improve your chances of staying away from drugs or alcohol. While the 12 steps have been around for decades, they’ve proven to be very effective in guiding addicts towards a healthier path, and they can be used by almost anyone who wants to overcome addictive behaviour.

If you have made a decision to turn your life around and want to find rehab based on the principles of the 12 steps, simply call the Rehab Clinics Group on 03301 596 494 or text HELP to 83222 and we’ll get back to you with more information.