What Happens At An AA Meeting 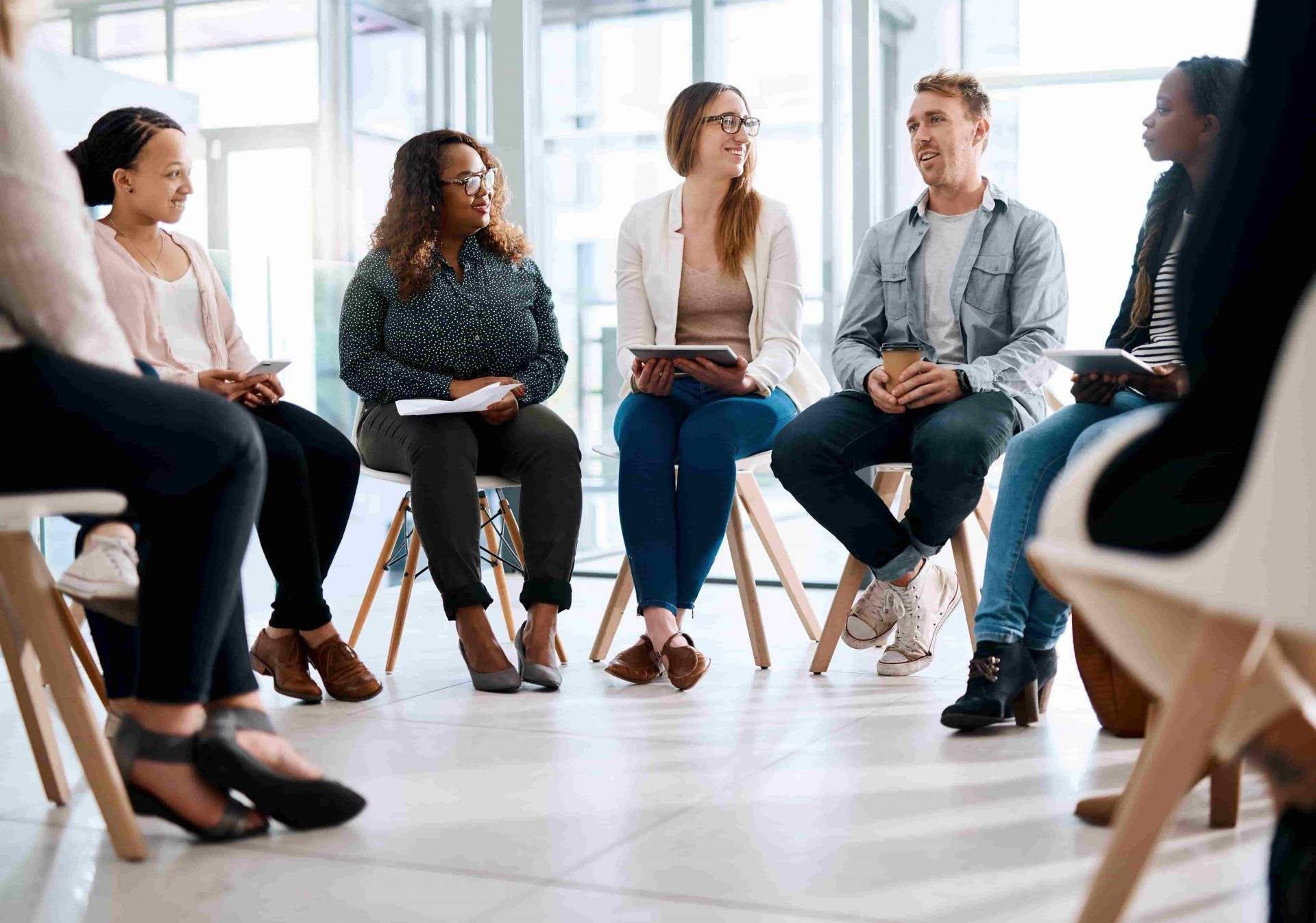 Alcoholics Anonymous (AA) has been around since the 1930s and was set up to help alcoholics become sober and help other alcoholics achieve sobriety. You’ll no doubt be familiar with some of the rituals of AA, having seen it portrayed in movies and TV shows about addiction, but it’s completely natural to be nervous about your first meeting. In fact, you may well not want to attend at all! After all, nobody wants to admit that they need help, let alone in a room full of strangers. However, Alcoholics Anonymous has helped millions of people with their sobriety. When used alongside programmes such as drug and alcohol rehab in Shropshire, it can make a huge difference to your life and finally get you on track.

Denial is a big part of alcoholism, and you may well have denied you have a drink problem and put off going to AA for a long time. However, the fact that you’re now researching and thinking about the meetings indicates that deep down you must want to change, so why wait any longer?

You can find a local AA meeting by using our meeting finder. Most towns host at least one meeting, and bigger towns and cities often have multiple meetings throughout the week, which can be handy if you’re trying to fit it around work and other commitments.

Some people worry that when they turn up at a meeting, they’ll run into someone they know. Rest assured, there are high levels of confidentiality around AA meetings, so those who attend aren’t supposed to talk about people they’ve met there. However, if you’re still concerned, you could go further afield to a different meeting. Many people still feel quite ashamed about having an addiction such as alcoholism, which is why they’ll travel further to go to drug and alcohol rehab in Shropshire rather than staying local.

When you search for AA meetings on our site, you’ll notice that meetings are either marked as ‘open’ or ‘closed’. An open meeting is open to anyone who wants to attend, there’s no need to book a place or register in advance.

At open meetings, there’s any announcement at the beginning to say that the meeting is open to the public, which may include people who aren’t suffering from alcoholism. There’s then a reading of the traditions of AA and the 12 steps, which form the basis of the group.

If you’re a first timer, then let yourself be known, as those who attend AA are very welcoming towards new members. They’re always happy to talk you through the tradition of AA and how things work, which can be great if you’re a little nervous. After the meeting, there’s usually a bit of time to mingle and chat to others from the session. You’ll notice that people always take time to introduce themselves to newbies and may even want to exchange phone numbers. While this might seem a little over-familiar, it’s actually encouraged because AA members understand just how isolating it can be to stop drinking and change your life. Whether you’ve stopped drinking by yourself, or just got out of drug and alcohol rehab in Shropshire, it can be helpful to have a support network in place, so consider keeping in touch.

Closed groups aren’t open to members of the public and are usually formed by members who want an environment where they can be more open and honest. If you meet people at an open meeting, you may be invited to one of these groups.

While AA meetings are quite structured, there aren’t a great deal of rules. One thing that’s frowned upon is called ‘crosstalk’, where you are disrespectful to others who are speaking. Never interrupt someone who is speaking their mind and never give direct advice or your opinions to another member.

AA meetings can be quite emotional events. There will be lots of talking about peoples’ fears, hopes for the future, challenges they’ve overcome and more. This means that the mood can be very cheerful one minute, then quite dark the next.

AA is full of people who want to stay sober and living in recovery can often be difficult. It’s not uncommon to see a group member cry but try not to feel uncomfortable in these situations. After all, it’s a good thing that they’ve opened up and feel comfortable within the group. At one point or another, you may well feel like crying yourself, and you should feel able to do so. Nobody will judge you if you need to cry, laugh or feel angry.

Those who are new to AA will often be surprised at the ritual of sharing embarrassing stories from members’ days as an alcoholic. These stories can often be quite horrific, from talking about suicide attempts to times they’ve lost bladder control or done something silly. While you might be quite alarmed at how these stories are sometimes shared, often bluntly or with a humorous tone, this part of the meeting is intended to be cathartic. It reminds people why they don’t want to go back to drinking and reminds them that their days as an alcoholic shouldn’t be looked at fondly. You won’t have to share anything at your first meeting if you don’t want to, but as time goes on, you may well decide to share your story too.